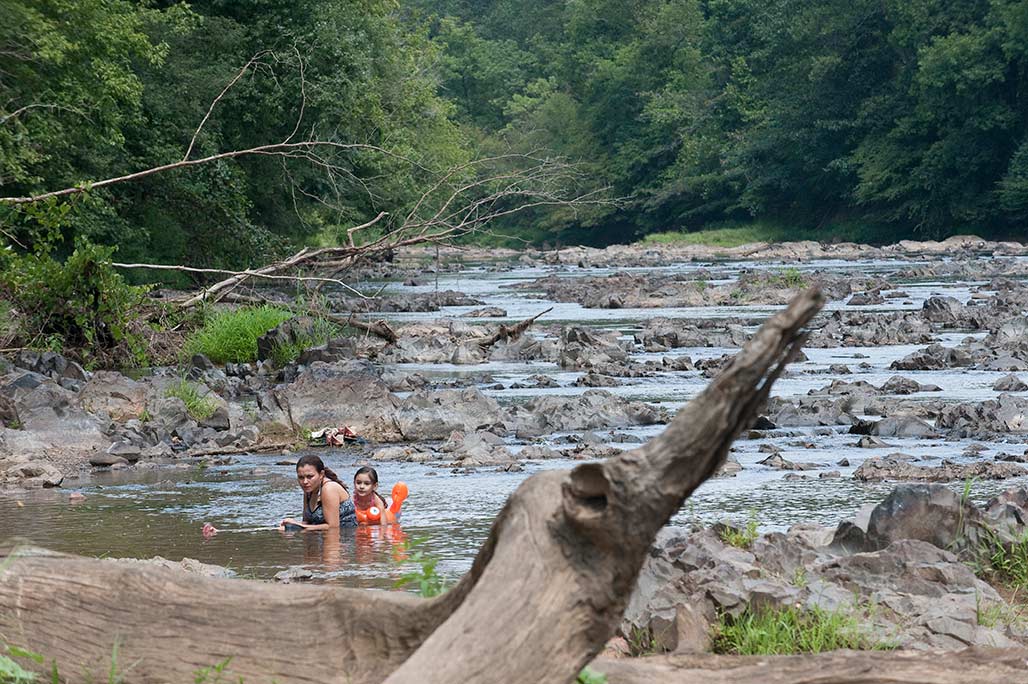 In his first lease of The Farm in 1866, Farish made restrictions that suggest he viewed the Rivanna as more than a property boundary, source of waterpower, commercial navigation artery, or ecological system. In addition to these, he viewed the river in scenic and aesthetic terms. In leasing The Farm to James E. Cooke, Farish designated areas where Cooke could gather fallen timber, but declared that Cooke, “binds himself not to injure, deface, cut down or destroy any trees whether they be for use or ornament growing upon the …leased land and more especially the prime Forest situated near the River, nor to plow up or otherwise break the sod on the steep hillside next to the River and west of the prime Forest but to continue the same in grass as it now is and keep it cleared of bushes and other filth that may grow upon it to the injury of the Grass.” This attention given to the forest, grass, and hillside suggests an aesthetic calculus concerning the river and its banks that went beyond the usual economic terms of the relationship between local residents and the Rivanna. This aesthetic vision proved central to Paul Goodloe McIntire as he shaped his own plans for the river. 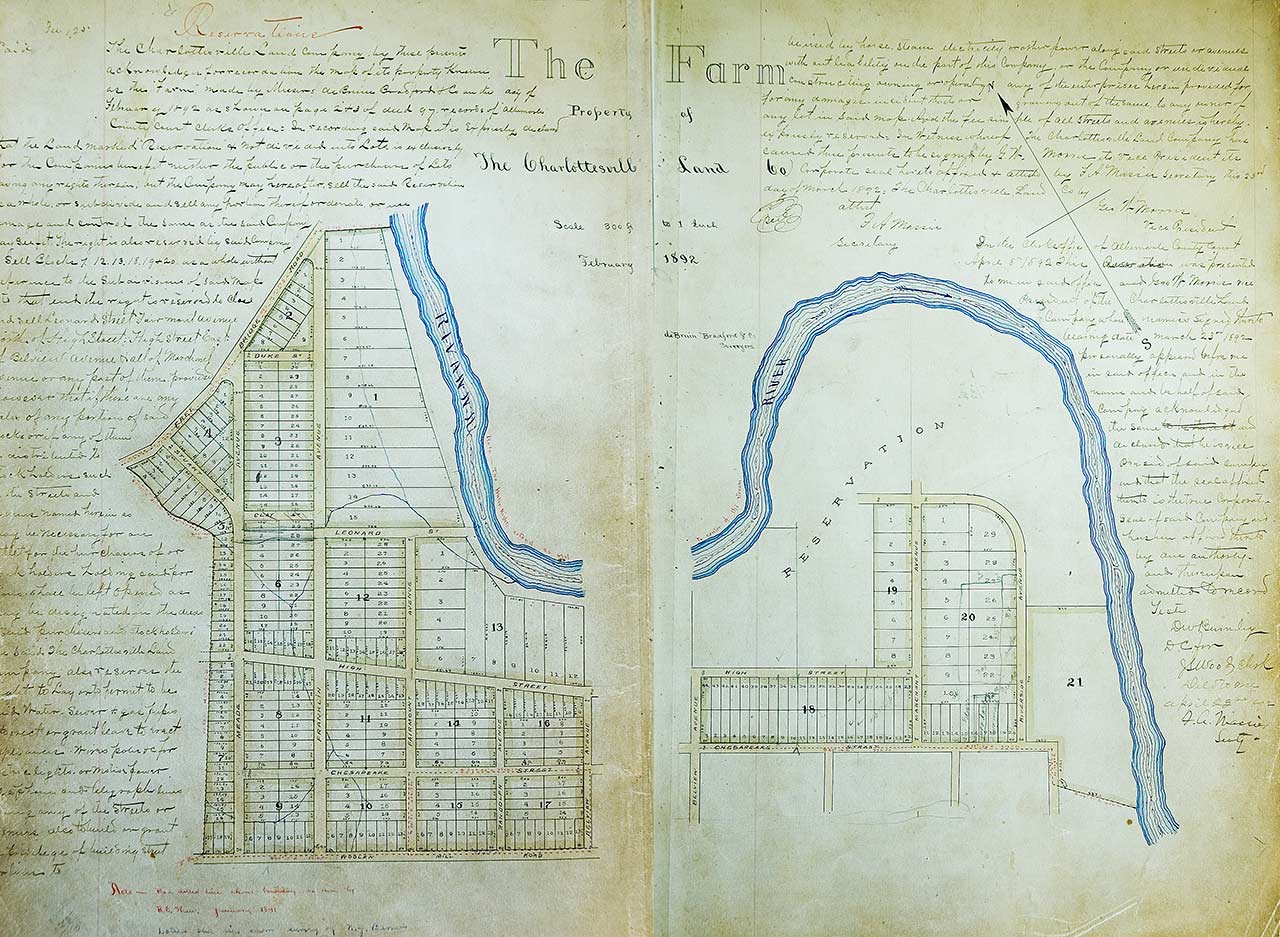 In 1891, Thomas Parish’s heirs sold the “prime Forest,” the steep-hillside with its grass sod, and nearly 200 acres of The Farm’s riverside land to the Charlottesville Land Company. The Charlottesville Land Company was the leading developer of residential subdivisions and had converted farmland on all sides of the downtown into modern suburban neighborhoods to accommodate Charlottesville’s expanding population. The Company filed the plat for its subdivision in February 1892; it appropriated the familiar historical name, calling the development The Farm. The plat established block, street, and lot lines, making the streets generally 50 feet wide and giving the typical residential lots 50 feet of street frontage and between 175 feet and 200 feet of depth. The residential lots closest to the Rivanna had a different form. These lots were twice as wide, with generally 100 feet of street frontage, and much deeper, ranging from 250 feet to 700 feet deep. Thus, the subdivision layout reflected the continuing value of the Rivanna in the region; it also clearly assumed that the riverside lots would be more valuable because of the scenic and aesthetic character of the River. The depth of some of the lots might also have reflected the continuing expectation that the river would flood and submerge the back yards of the most substantial residences in the new neighborhood. Moreover, the Charlottesville Land Company initially left the area of the “prime Forest,” the steep hillside, and grass sod as an undivided “reservation,” perhaps intending to develop the area as a park, although the Company did assert its prerogative to later sell or divide the land as it wished.