Scale / Character
The Woolen Mills has recently been designated a historic neighborhood both in Virginia and nationally. The proposed expansion is HUGE. The scale and character of the proposed building and use for Option A is incompatible. The building is massive compared to adjacent homes. 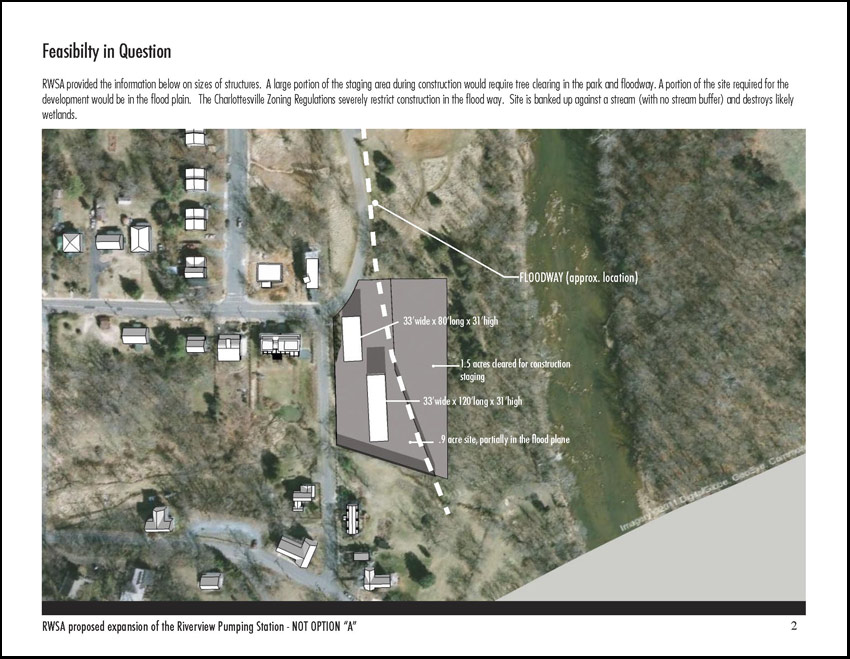 Feasibilty in Question
RWSA provided the information below on sizes of structures. A large portion of the staging area during construction would require tree clearing in the park and floodway. A portion of the site required for the development would be in the flood plain. The Charlottesville Zoning Regulations severely restrict construction in the flood way. Site is banked up against a stream (with no stream buffer) and destroys likely wetlands. 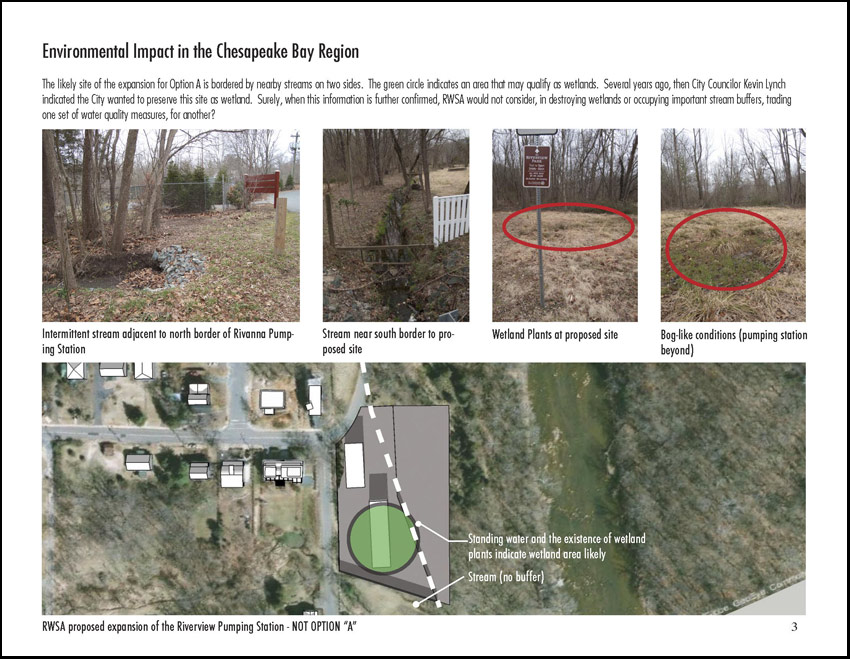 Environmental Impact in the Chesapeake Bay Region
The likely site of the expansion for Option A is bordered by nearby streams on two sides. The green circle indicates an area that may qualify as wetlands. Several years ago, then City Councilor Kevin Lynch indicated the City wanted to preserve this site as wetland. Surely, when this information is further confirmed, RWSA would not consider, in destroying wetlands or occupying important stream buffers, trading one set of water quality measures, for another? 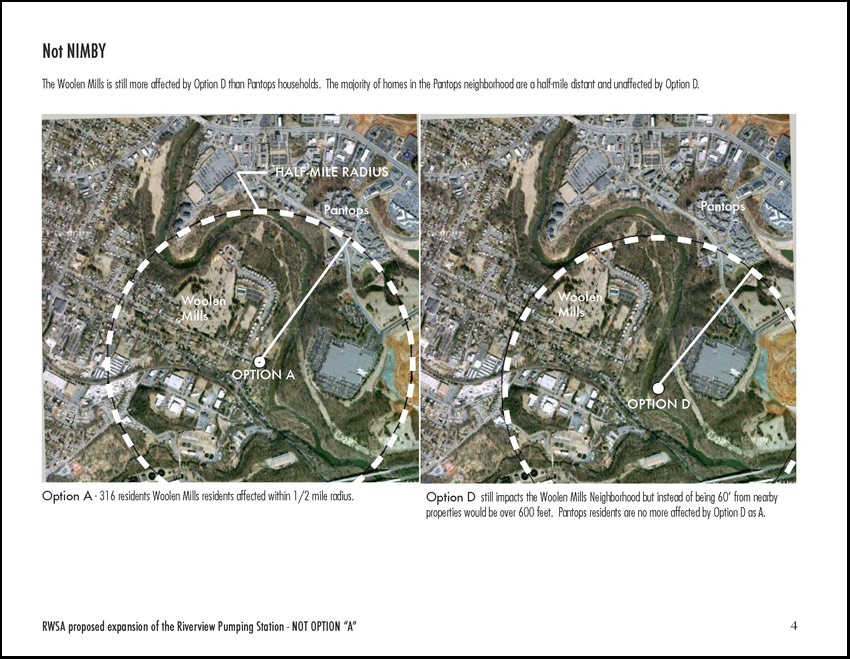 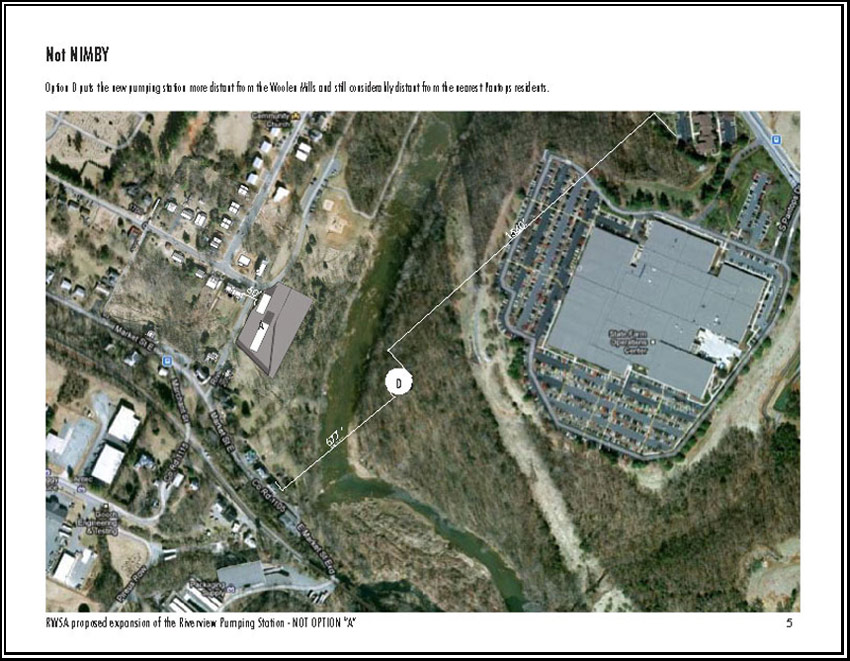 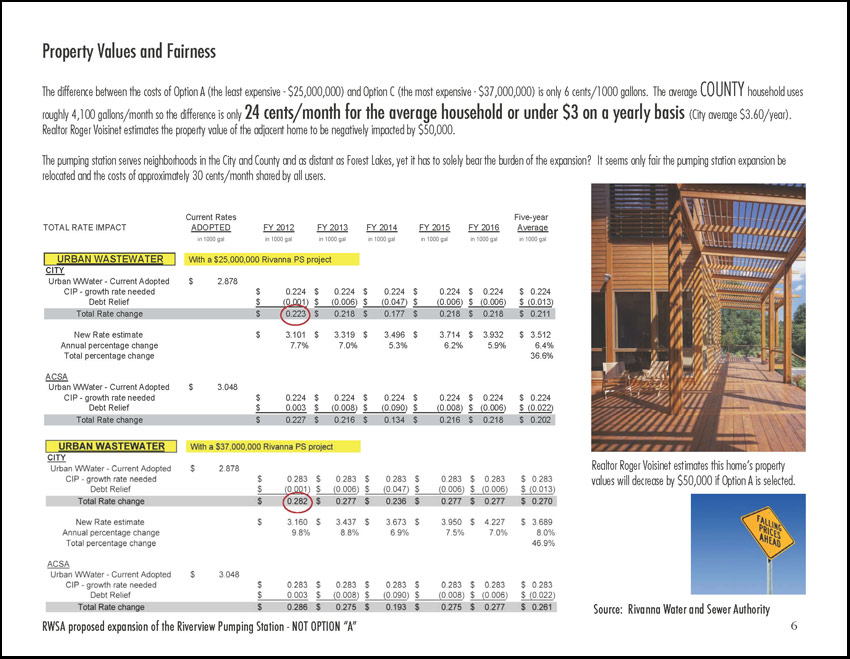 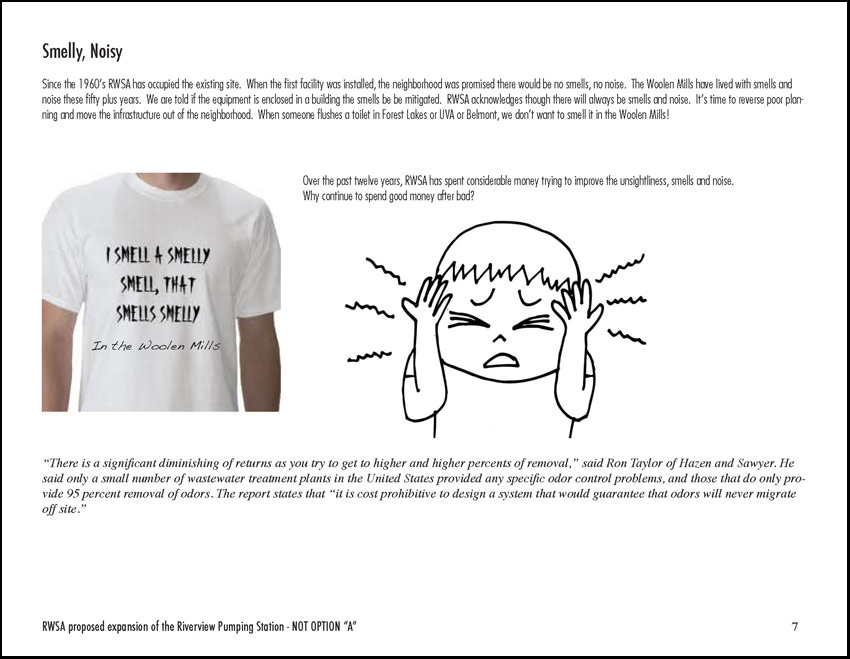 Smelly, Noisy
Since the 1960’s RWSA has occupied the existing site. When the first facility was installed, the neighborhood was promised there would be no smells, no noise. The Woolen Mills have lived with smells and noise these fifty plus years. We are told if the equipment is enclosed in a building the smells be be mitigated. RWSA acknowledges though there will always be smells and noise. It’s time to reverse poor planning and move the infrastructure out of the neighborhood. When someone flushes a toilet in Forest Lakes or UVA or Belmont, we don’t want to smell it in the Woolen Mills! 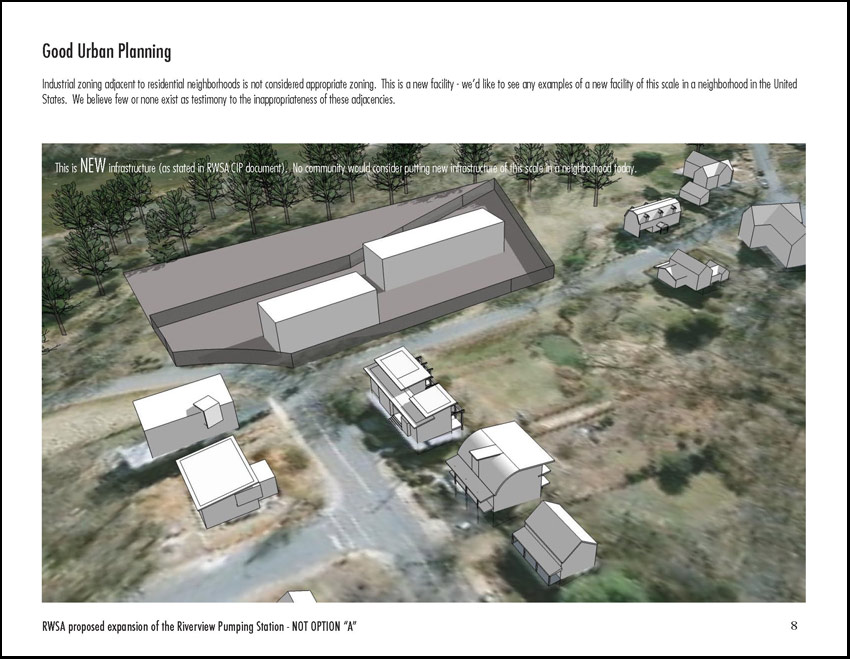 Good Urban Planning
Industrial zoning adjacent to residential neighborhoods is not considered appropriate zoning. This is a new facility – we’d like to see any examples of a new facility of this scale in a neighborhood in the United States. We believe few or none exist as testimony to the inappropriateness of these adjacencies. 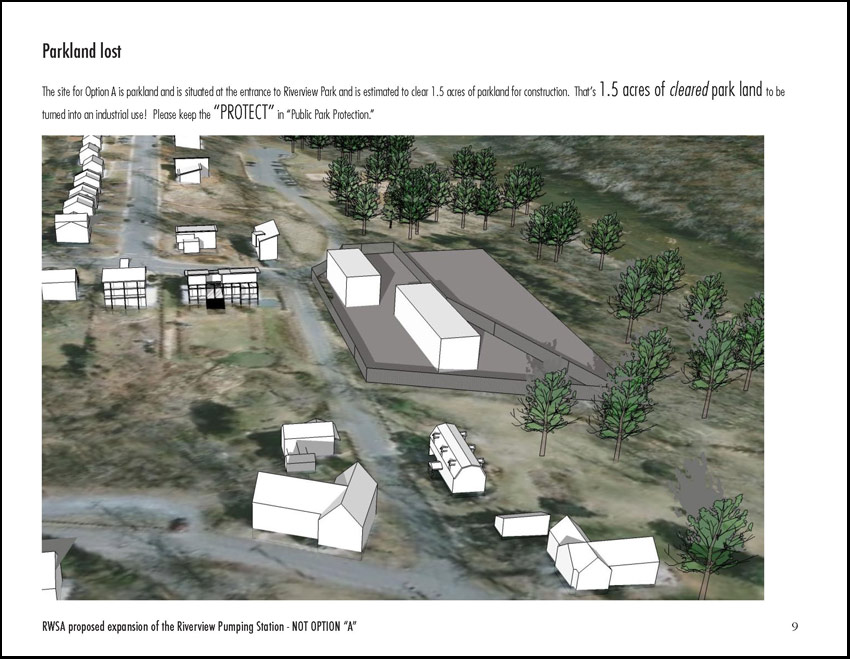 Parkland lost
The site for Option A is parkland and is situated at the entrance to Riverview Park and is estimated to clear 1.5 acres of parkland for construction. That’s 1.5 acres of cleared park land to be turned into an industrial use! Please keep the “PROTECT” in “Public Park Protection.” 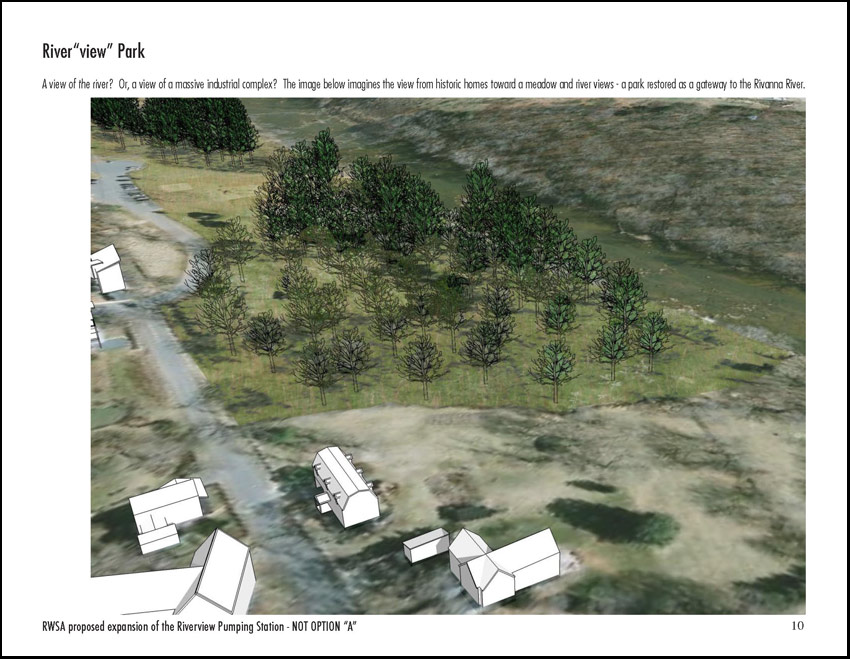 River“view” Park
A view of the river? Or, a view of a massive industrial complex? The image below imagines the view from historic homes toward a meadow and river views – a park restored as a gateway to the Rivanna River.