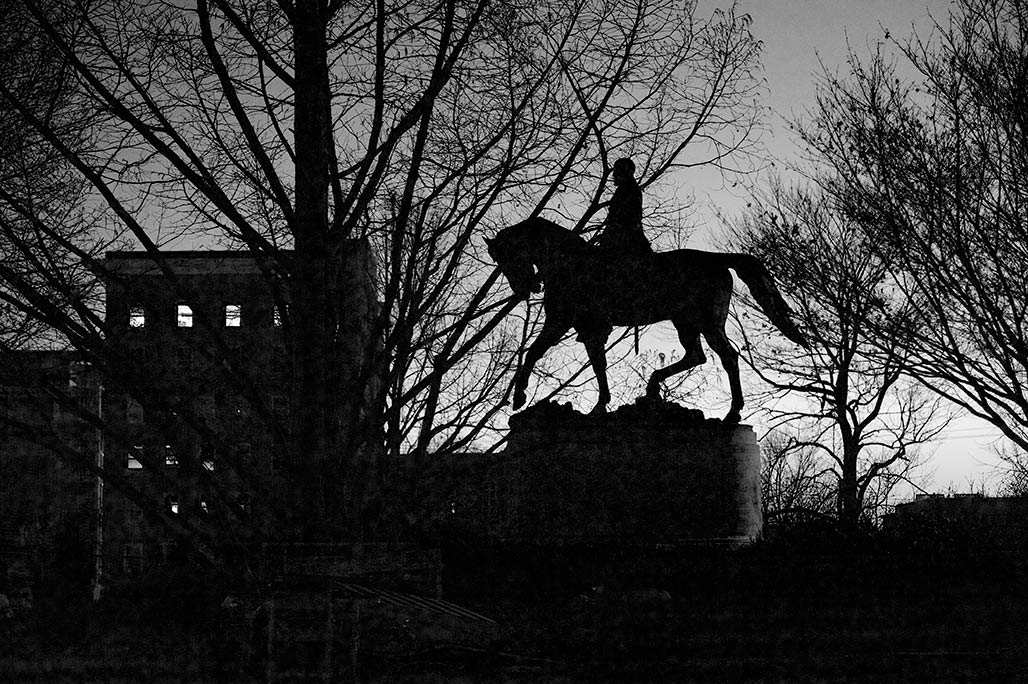 In 1920, Paul Goodloe McIntire approached the Albemarle Golf Club with an unusual proposition. He wanted to buy their five-year-old golf course and donate the land to the people of Charlottesville for use as a public park. The site was quite distinct from the two parks that McIntire had already donated to Charlottesville. In 1917, McIntire had purchased the historic Southall-Venable house, which occupied a full block in the grid plan of downtown Charlottesville, at Second and Market streets. Located two blocks east of Court Square, McIntire had the residence demolished and developed the square as a single block park to memorialize both his parents and Robert E. Lee. The Lee equestrian monument was completed in 1924. In 1918, McIntire purchased several houses along McKee Row, facing Court Square. Again, after demolishing the houses, he had the site landscaped as a park and he commissioned an equestrian statue to honor Thomas “Stonewall” Jackson, which was dedicated in October 1921. In 1919, McIntire built a public library on a lot facing Lee Park. The library joined churches, the post office, the courthouse, private law and business offices, and several residences that tightly bounded Jackson and Lee parks. These parks stood in the midst of the most densely built up area of Charlottesville.

McIntire envisioned something completely different for the large, landscaped park he hoped to develop along the Rivanna. Undoubtedly, many of the same features that attracted members of the golf club to the site also appealed to McIntire. The land had a highland section, next to the Riverview Cemetery; it had a steep sloped area, vestiges of the “prime Forest” that Thomas Farish had sought to preserve with its mature trees, rolling meadowland, expansive sodded areas, and a long river frontage on the Rivanna. This sort of topographical variety and expansiveness characterized the sites of some of the most celebrated landscaped parks that had constituted the landscape park movement in United States, which had originated in the mid-nineteenth century. 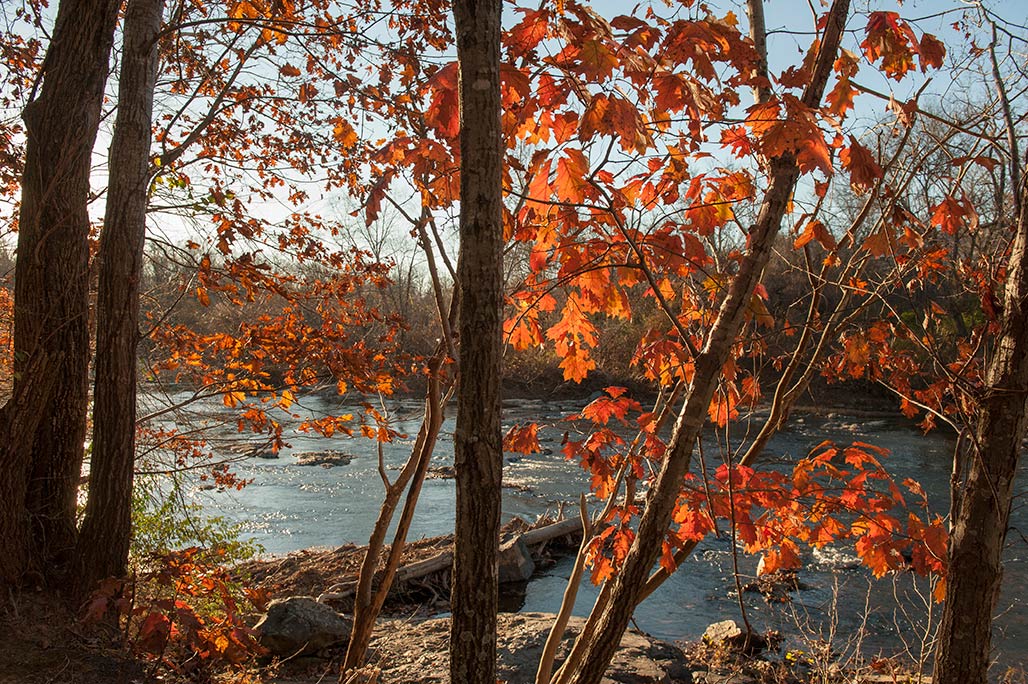 Preserving land for public parks in the face of urbanization in cities like Boston, New York, Philadelphia, Chicago, St. Louis, or Richmond certainly had much greater urgency than was apparent in late nineteenth and early twentieth century Charlottesville. The combined Charlottesville and Albemarle County population rose relatively slowly from 32,379 in 1890 to 36,693 in 1920. The city population rose from 5,591 in 1890 to 10,688 in 1920; however, a fair amount of the city’s increase came not through actual growth but through annexing the more densely settled parts of the county located immediately outside of the city’s corporate limits. In every direction, open agricultural land closely surrounded the settled parts of Charlottesville. Outdoor recreation and natural or agricultural scenery was easily accessible on all sides of the city. Indeed, the failure of the Charlottesville Land Company’s 1890s development of The Farm, followed in 1915 by the laying out of the golf course, underscored the distinction between small-town Charlottesville, with open pasture lands immediately adjacent to the downtown, and larger metropolitan centers where the agricultural landscape was entirely filled with building and street development. What is notable about Mclntire’s vision of a large landscaped park on the Rivanna was that it seemingly stemmed from his cosmopolitan sensibility gathered in his life in Chicago and New York and through European travel. It also reflected Mclntire’s deep optimism about the metropolitan future of Charlottesville, his childhood home. Mclntire’s City Beautiful campaign for Charlottesville involved giving the city the trappings of a larger and wealthier city. Thus, the landscaped park was, in large measure, less about pressing current needs than about a cosmopolitan gesture towards future urban attainment. The Daily Progress insisted that Mclntire’s plan would remedy one of the city’s “most serious deficiencies.” The newspaper recognized the park as yet another element in its acquisition of the trappings of cosmopolitan identity: “Although the people of this city have had every reason to be proud and gratified at the many bountiful provisions that have been made for them by the forethought and filial attachment of Mr. Paul Goodloe McIntire, that generous gentleman and citizen bountiful has realized the fact that without a public park the full measure of benefits most needed has not been made up.”

The Daily Progress confidently anticipated that the golf club membership would come to terms with McIntire for the conversion of the golf course into a public park because the club had so many members “noted for public spirit and a willingness to advance the city’s interests.” When negotiations began in April 1920, consensus and public spirit proved rather elusive. Initially, the members wanted McIntire to leave in place a nine-hole golf course­ essentially merging his public park with their golf club. McIntire responded that his park plan would require all of the club’s land and he asked them again to name a price for their land. The club then asked that McIntire buy land for the relocation of the golf course and agreed to exchange the Rivanna property for a new property. McIntire informed the leadership of the club that he considered their property “the most desirable site” for the “laudable purpose” he had in mind but he rejected a property exchange and again asked the club to name their price for their Rivanna land. Members were split on Mclntire’s offer and at first narrowly voted against a sale. Then they settled on an alternative. They would insist on continued free use of the course for the next three years, agreeing to sell the tract to McIntire for $55,000. The asking price was nearly three times the purchase price paid for the land just two years earlier. McIntire rejected the offer. Three months later, in July 1920, McIntire contacted the club’s officers again and suggested that they enter arbitration by neutral parties to arrive at a fair price for the land. The club felt that arbitrators might settle on a fair price but that would not solve the club’s problem of finding, and paying for, an appropriate alternative site. Rather than exercising “public spirit,” the club members rejected Mclntire’s effort to establish a public park on the Rivanna. The club maintained its riverside links, but only for seven more years. In 1927, the club merged with the group that established a new golf club at Farmington, west of Charlottesville. The new course relied on automobiles for access. The earlier idea of walking from downtown businesses to the Rivanna for outdoor leisure ended, disrupting a vibrant relationship between people living and working in central Charlottesville and the river that had helped define the region for centuries.