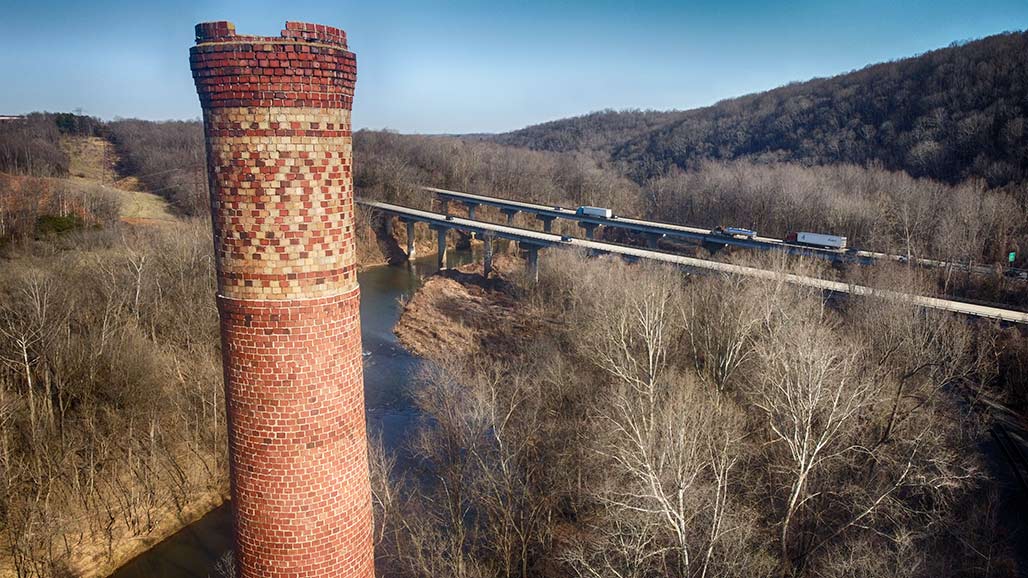 The smokestack one sees most prominently entering Charlottesville from the east on I-64. Nowadays, a favorite roosting spot for crows and black vultures

The Charlottesville and Albemarle Railway (C&A) was a short electric street railroad operating within the city of Charlottesville, Virginia, United States, during the early 20th century. The line was preceded by several streetcar lines operating both horse-drawn and electric powered cars dating back to 1887. After facing financial difficulties, the predecessor lines were reorganized into the C&A in 1903. The C&A’s electric streetcars operated off of an overhead line system that was powered by the railroad’s own power plant. The C&A also offered electric power generated by its plant to the city of Charlottesville. During the mid-1910s, the line received numerous upgrades, including the construction of a new power plant on the Rivanna River, a new company headquarters building, expansion of track, and the purchase of new streetcars.–Wikipedia 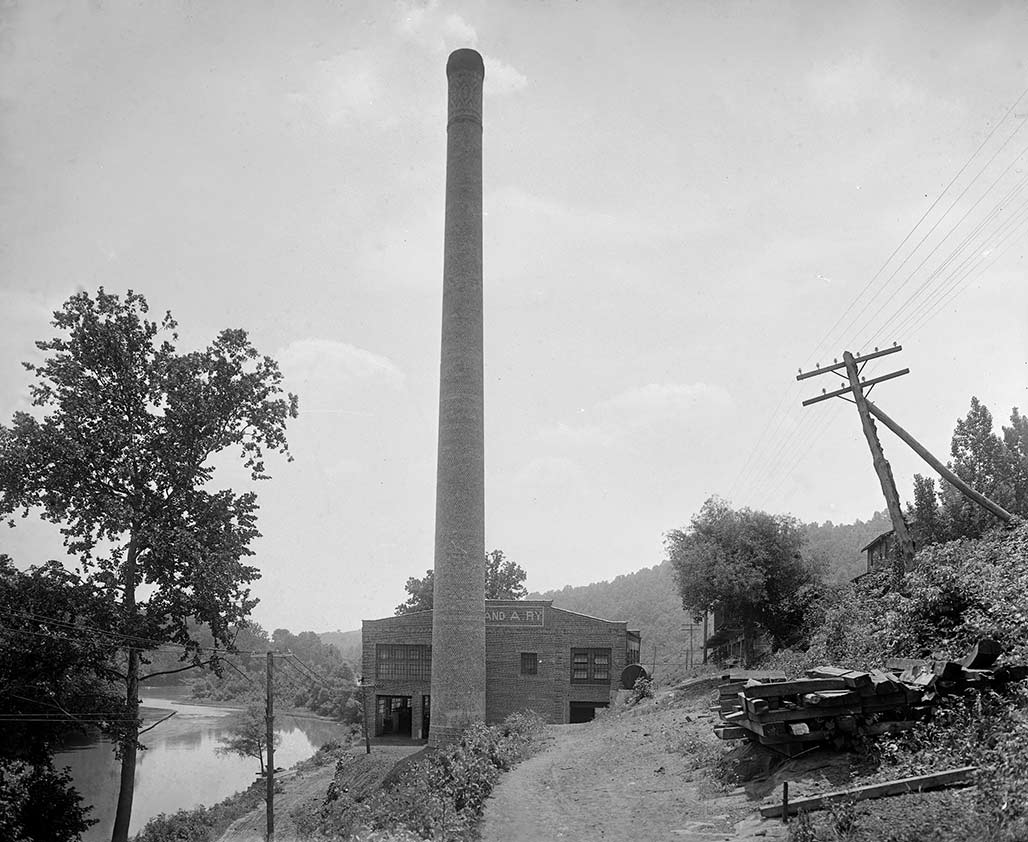